Two things flooded my news feed on facebook this morning; pictures of people with Will Smith on the avenue last night….. and an investigative journalism piece related to the crime situation in Trinidad and Tobago called Trinidad: “The Making of Guns, Drugs and Secrets” 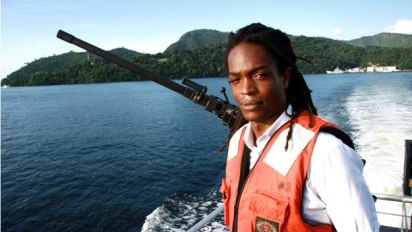 The article isn’t a bad read in terms of a quick delve into the common consensus of the Trini drug trade; but no secrets are revealed.

The writer relays information that’s privy to the majority of Trinidad and Tobago. Nothing’s wrong with that, expecially since the piece seems to be catered toward a non-Trinbagonian audience but the article has several other problems.

I suppose that being a video journalist; Seyi Rhodes may focus more on filming than writing or checking facts. It shows.

Seyi also claims that the anti-gang legislation is flawed, (again, everyone in Trinbago is familiar with this idea!
he references a lawyer who says “The act was copied and pasted from a similar law in America, or somewhere”. If the lawyer was unsure about where the act was copied from, why did you quote him?

Another claim was that people “in the know” told him that the Offhore Patrol Vessels that the government recently cancelled a contract for were necessary for the fight against guns and drug smuggling.
In Trinidad, almost everyone claims to be in the know.

A recent conversation with a UWI Criminology lecturer introduced me to the idea that the purpose of the OPVs are closer related to protecting foreign offshore interests (oil and gas) than to interdicting drug smugglers.

As I stated at the beginning, not a bad read but not a good read either. I know that the article is there mostly to supplement the video series so it makes sense that it seems so poorly put together.